Crispus Attucks and the Boston Massacre

Crispus Attucks is regarded as the first martyred hero of the American Revolution. He escaped from slavery in Framingham, Massachusetts, in 1750. He is traditionally said to have been a sailor on Nantucket vessels. In the late Colonial era, whaling offered greater opportunities for fair pay for people of color than could be found ashore. A capable African American could achieve advancement in a whaleship crew. Massachusetts was the center of deep-water whaling at the time, and the laws in the Commonwealth, beginning with favorable decisions from the bench as early as 1760, were unusually protective (for their time) of individual rights, even of slaves.

Historical accounts point to Attucks serving on whaling voyages in the 1750s and 60s, which would be consistent with the inclinations of a fugitive interested in keeping a low profile, favoring protracted periods away from the increasingly heavily patrolled waterfront. Un­fortunately, nothing specific is known about those voyages. Attucks, who may have gone by the pseudonym Michael Johnson, is supposed to have been in the crew on at least one merchant voyage to the Bahamas, returning to Boston by early 1770, presumably biding his time until he could return to the sea.

Attucks was shot and killed by British soldiers at the so-called Boston Massacre on March 5, 1770. Paul Revere’s famous contemporary en­graving of the event, based on a work by fellow Boston artist Henry Pelham, names Attucks but fails to depict him as a Black man. Pelham and Revere sought to shape public opinion by depicting the hostile Colonial laborers and sailors who actually took part in the event as peaceful gentlemen. It may be that a Black victim did not serve their artistic ends. Not until an 1856 lithograph published by J. H. Bufford is Attucks, a Black man, shown at the center of the event.

Ellen Chase, in her book The Beginnings of the American Revolution notes that Attucks ” … was on the eve of sailing for North Carolina on Captain Folger’s Nantucket whaler.” If this passage is accurate, then the voyage in question might have been one commanded by Abishai Folger in an unidentified vessel or one by Captain Elisha Folger in the sloop Friendship. Unfortunately the ships logs and crew lists do not exist of either voyage.

During the American Revolution, Paul Cuffe defied the English blockade to provision Nantucket. Whether it was during this time or earlier, he developed a close relationship with the wealthy, Quaker Rotch family of Nantucket and New Bedford, who helped Cuffe become a Quaker, joining the Westport Meeting of the Society of Friends. After the Revolution, Paul Cuffe and his Wampanoag brother-in-law Michael Wainer built a major shipbuilding and mercantile business in Westport, recruiting only nonwhite sailors and officers. Cuffe became an outstanding figure in early United States commerce and politics, as well as in the Abolitionist movement. He dreamed of building a homeland to settle formerly enslaved Americans in Sierra Leone in West Africa, and actually helped transport 38 families back across the Middle Passage.

Rotch was an important figure on Nantucket. The wealthiest merchant on the island, he was son of one of the first whale oil magnates, Joseph Rotch. The family realized early Nantucket’s limitations as a center of international commerce, and built up Bedford Village, on the south coast of Massachusetts. William Rotch remained on Nantucket through the Revolution and was central to the island’s efforts to keep the whaling business going through the hostilities.

One of his ventures, just before the war began, was to provide shipping for the British East India Company, as they exported tea to the American market. His ship Beaver was one of three vessels carrying a year’s worth of tea to the colonies, when Colonials, masquerading as Indians, boarded the ship in Boston Harbor and dumped the entire consignment into the water, an event now famous as “the Boston Tea Party.”

Cuffe maintained a close relationship with the Rotch family throughout his successful life. Their partnership was remarkable in a time when slavery was still legal, and lasting. Cuffe’s personal papers were stewarded by Rotch relatives and descendants across a century, until they were given to the New Bedford Free Public Library.

Paul Cuffe (1759–1812) was born on Cuttyhunk Island in Buzzard’s Bay. His father, named Kofi Slocum, was a freed slave and his mother, Ruth Moses, was Wampanoag.

During the American Revolutionary War, Cuffe evaded blockades of both English and Continental Navies, as well as “refugees” and privateers, to run supplies in a small, open boat, often at night, into isolated Nantucket. The island was exposed and suffered greatly from an economic blockade.

Cuffe became a prosperous shipbuilder and businessman, in partnership with his brother-in-law Michael Wainer.

Cuffe’s clients on the island included Kezia Folger Coffin, her daughter Kezia Coffin Fanning, and son-in-law Phineas Fanning, Esq. The elder Kezia was an unapologetic Royalist but took care to placate both sides in the interests of doing business. As one of the few with necessary staples of life to sell, she ended the war very wealthy, owning multiple properties on the island, bought with defaulted debts. Once hostilities ceased, however, she died destitute when islanders refused to trade with her.

The Declaration of Independence

The Declaration of Independence was the first official declaration by a political entity of the natural rights of human beings as the basis for self-government. As such it was revolutionary.

Then in Philadelphia, in committee a denunciation of the slave trade was written in, but later removed in conference. Samuel Adams’s wife appealed that he ensure rights for women. There is an odious reference to native peoples. In the context of mores, politics, and war in 1776, the document is truly exceptional and a declaration of intent. It is foundational to who we are as a people today. Upon these words all subsequent laws and rights have been passed, thus justifying the extension of social democracy to all Americans over the next 244 years.

Given the explicit language of freedom, equality, life, liberty, and pursuit of happiness, it is interesting to note that it did not apply to nearly 70% of the population at that time—landless men, persons of color, indigenous people, and women. Indigenous people come in for special ire (“…the merciless Indian Savages…”) due to the alliance of several tribes with the British king against the Continentals.

However, the enfranchisement of 30% of the population, and the ideals and aspirations that it champions, when in comparison to the aristocratic and despotic systems then in power in much of Europe and around the world, is groundbreaking.

President Abraham Lincoln based his political philosophy—and staked the future of the country—on a vision of freedom as it was described in the second paragraph of this document.

Frederick Douglass had this to say about the Declaration, at a speech given on the Fourth of July nearly 80 years later:

“What, to the American slave, is your 4th of July? I answer; a day that reveals to him, more than all other days in the year, the gross injustice and cruelty to which he is the constant victim. To him, your celebration is a sham; your boasted liberty, an unholy license; your national greatness, swelling vanity; your sound of rejoicing are empty and heartless; your denunciation of tyrants brass fronted impudence; your shout of liberty and equality, hollow mockery; your prayers and hymns, your sermons and thanks-givings, with all your religious parade and solemnity, are to him, mere bombast, fraud, deception, impiety, and hypocrisy—a thin veil to cover up crimes which would disgrace a nation of savages. There is not a nation on the earth guilty of practices more shocking and bloody than are the people of the United States, at this very hour.” 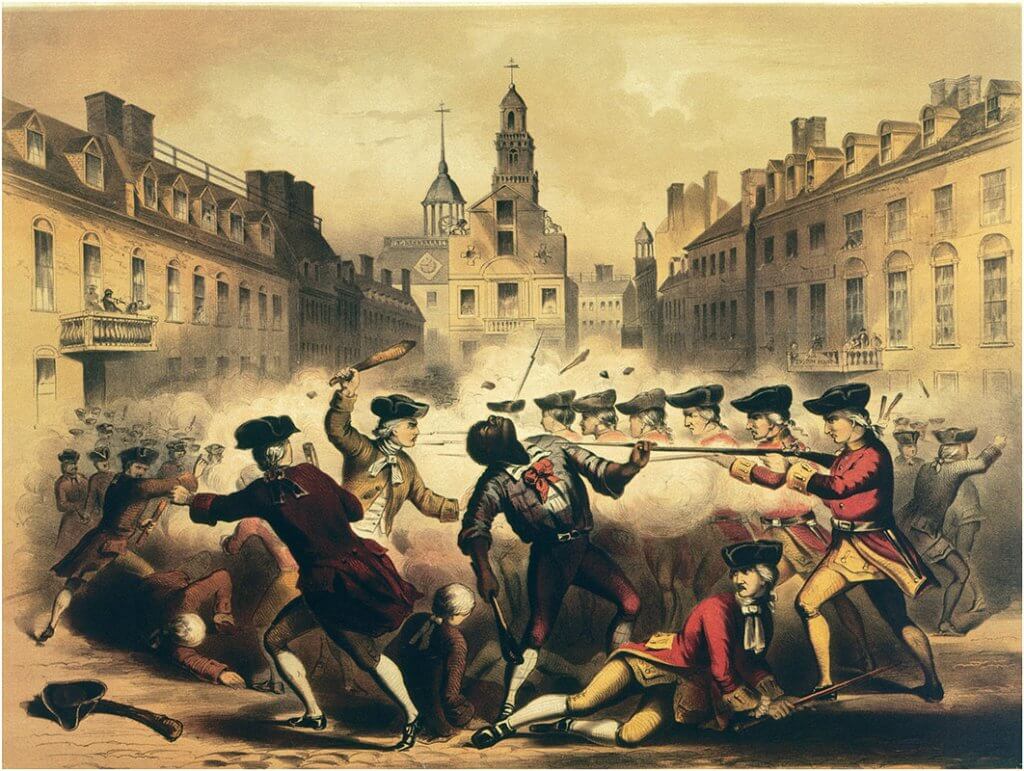 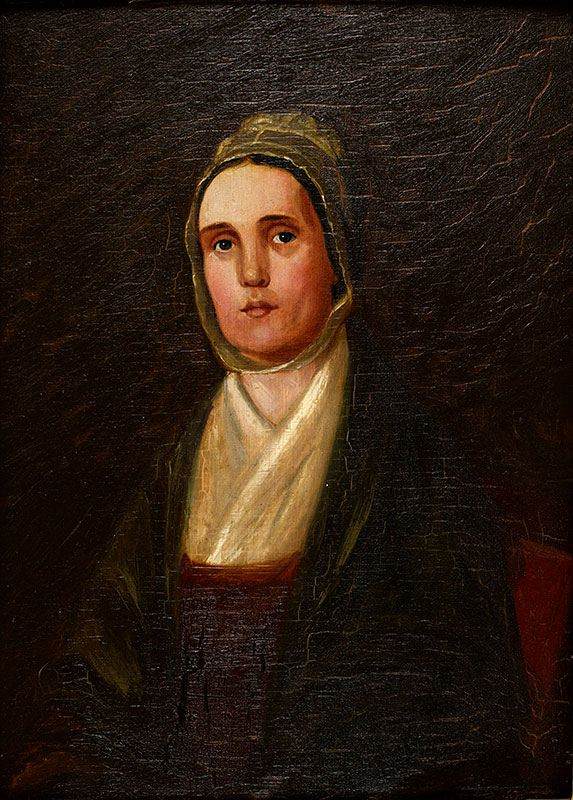 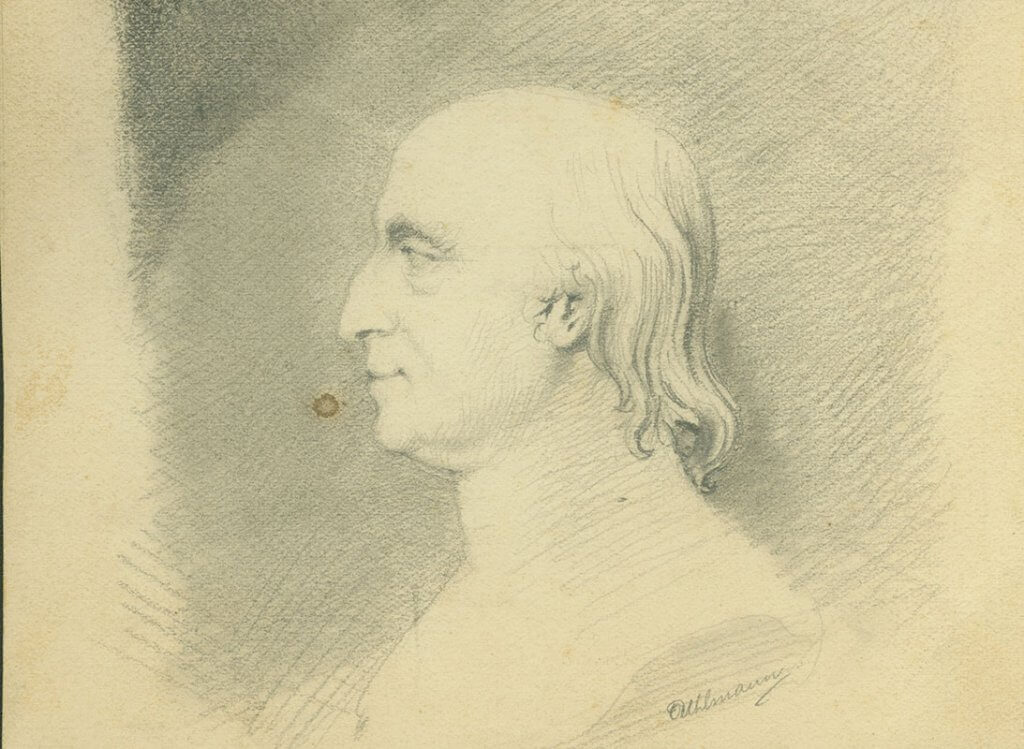 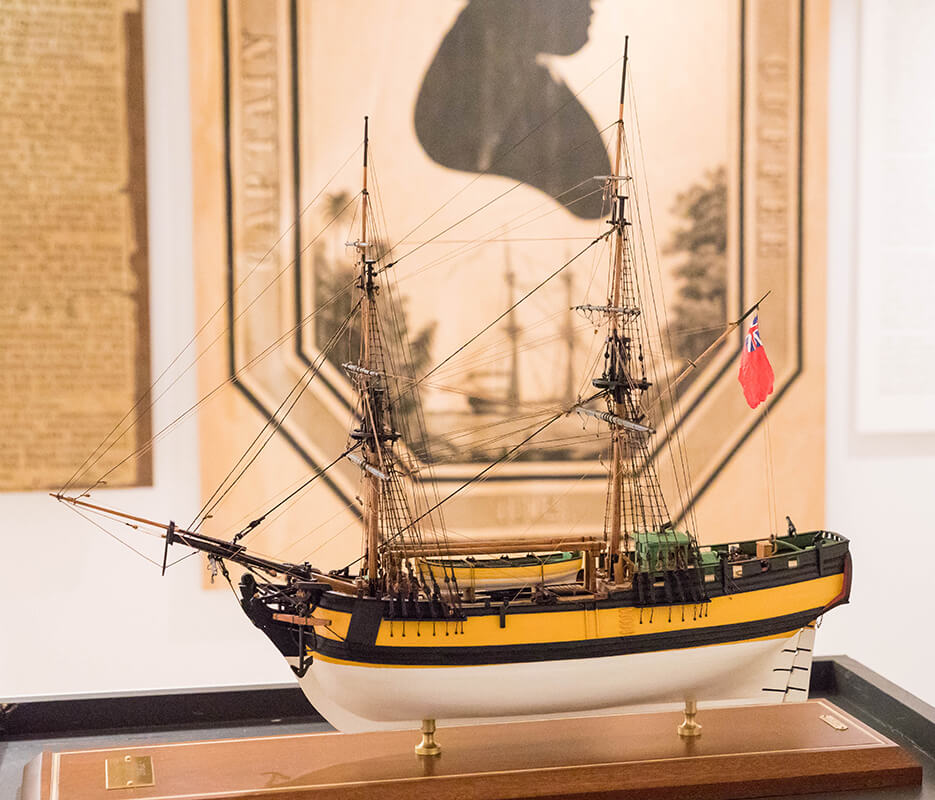 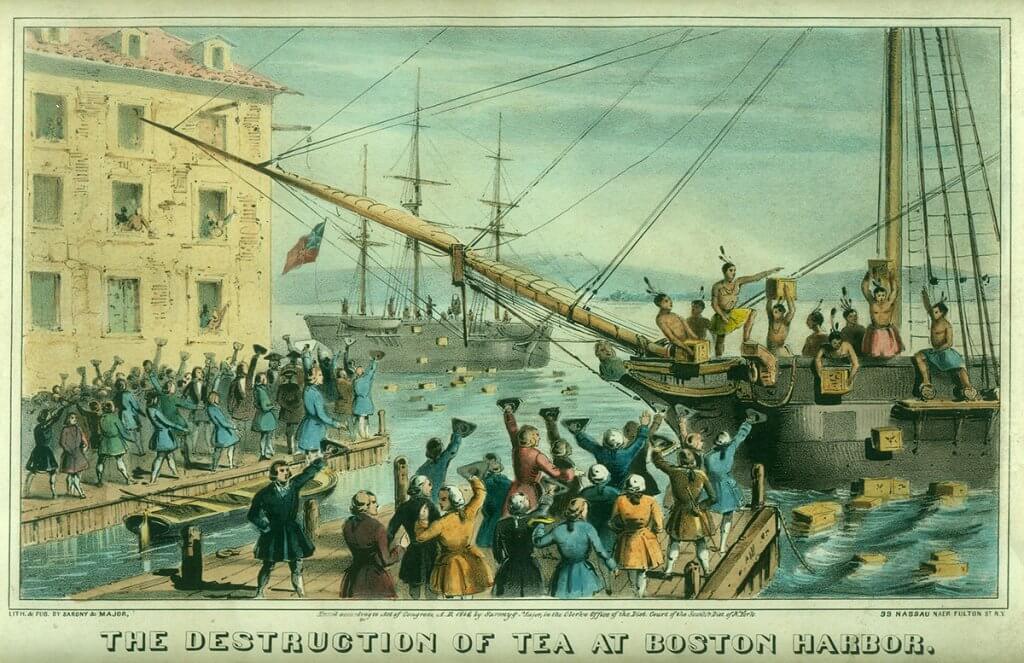 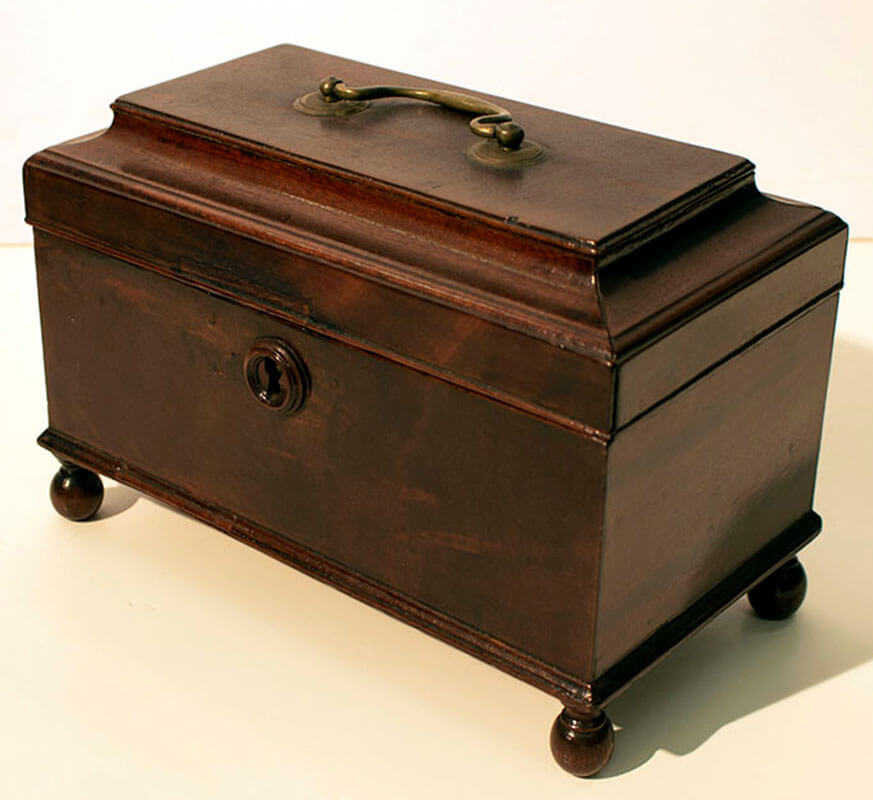 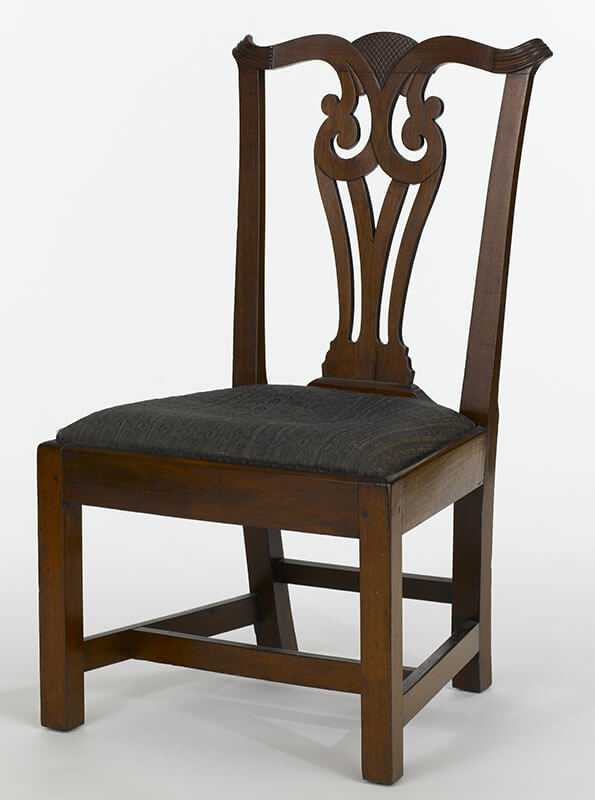 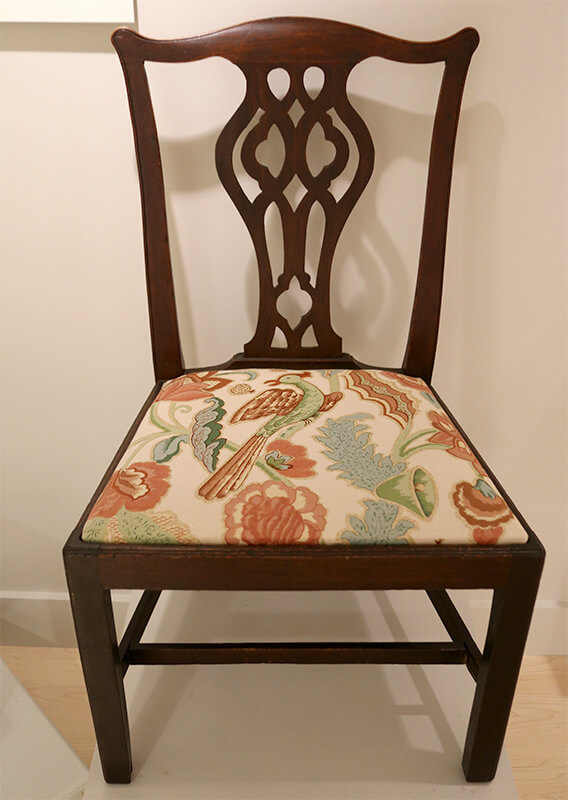 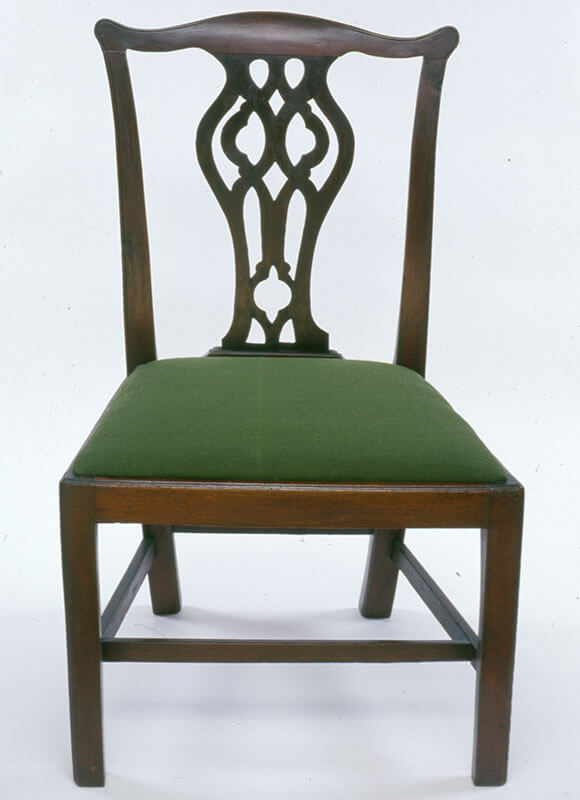